The Men’s Draft Division at BHI will be composed of anyone who wants to register if they are current BHI players or new to BHI.  The inaugural season will have 4 teams playing 15 regular season games culminating in a 2 round 3 game playoff 1v4, 2v3 format.  Periods will be 12 minutes.  Teams will be decided by live draft done by 4 draft captains approved by the division convenor.

Draft is scheduled for August 7th at 7 pm.  (BHi Office in London)

Registration for this division will be single-player.  Registration will include 15 games plus playoffs, a team jersey, and a cash prize for the 1st and 2nd place teams determined by the Championship series.  A $100 deposit is required at registration, a refund will be provided if a player is not drafted by a team.  No refund will be granted for someone that gets drafted and decides not to play.  If a player gets drafted but does not show up for the first 3 games, the draft captain is given the option of replacing that player with another player that was registered with the same player rating.  If a jersey is not returned or returned not in good condition, the cost of the jersey will be added to the player’s BHI account that they will be required to pay.

The Draft will consist of 14 rounds and will be a snake draft.  The draft order will be determined by random draw.

Each team will have 15 runners and 1 goalie.

Players can be traded to a different team during the season.

Teams may extend ONE  player on their roster for an additional season.

Captains will apply and be accepted or denied by the league convenor.  Each captain will be allowed to choose ONE person to be their Asst.  This person will not be required to enter the draft and can be anyone they choose as long as they are in good standing with BHI.  The league convenor/BHI will have the right to refuse a captain’s Asst. request.

Cash prizes will be divided equally among all team members.  Prize money received will depend on how many games each player played during the regular season. 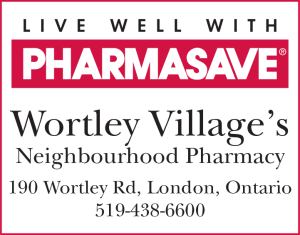